RTÉ’s mum on the run 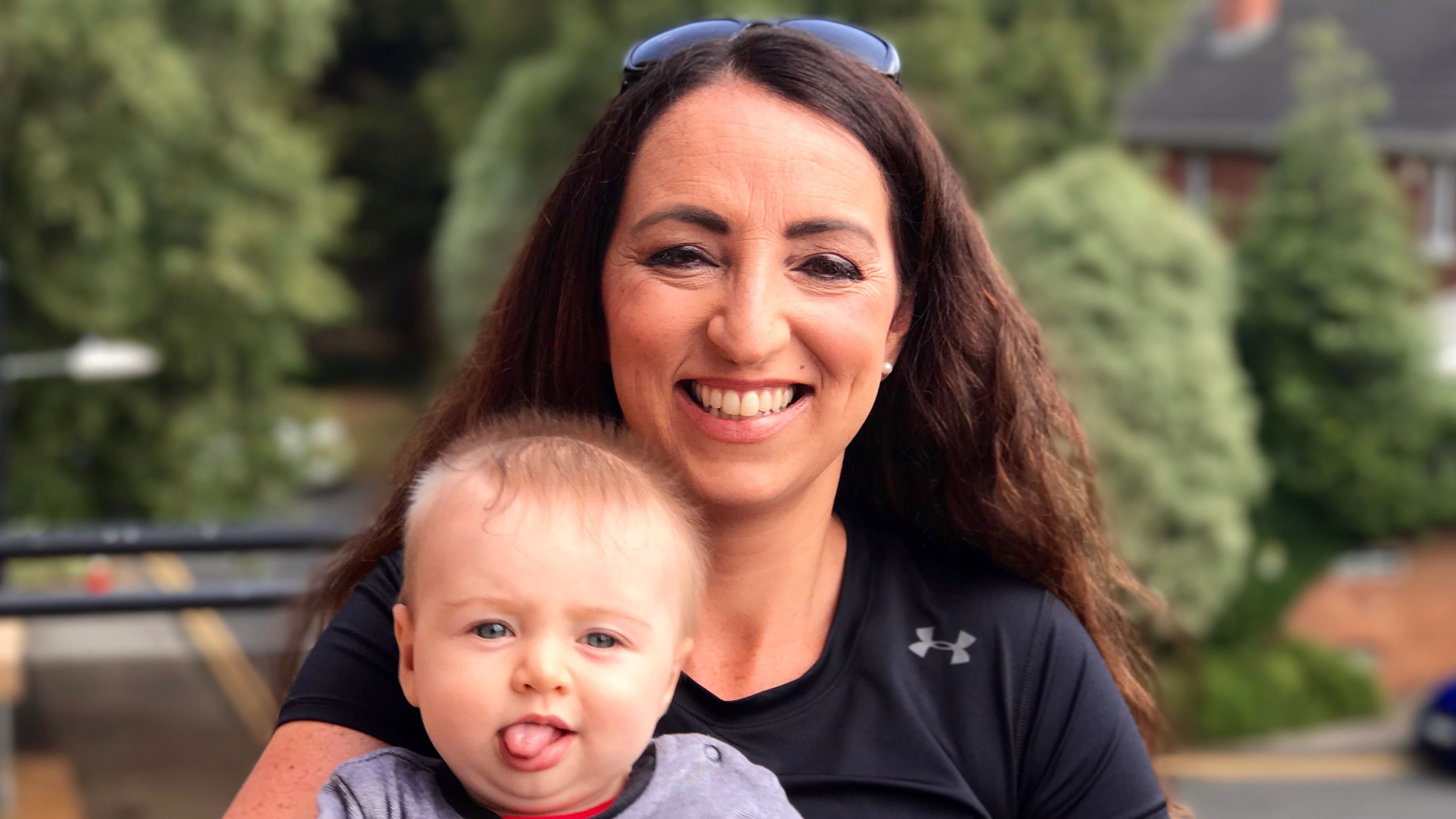 The birth of her first child James in February was the inspiration for RTÉ weather present Louise Heraghty to take the plunge and enter the 2018 Dublin City Triathlon.

The 36-year-old from Sligo has never done a triathlon before, but she’s getting ready to swim, cycle and run around the DCT course on Saturday, September 8.

Even though she admits that it isn’t easy trying to fit in her training around the demands of having a young baby and work she is determined to enjoy the experience.

Dublin City Triathlon won Race of the Year at the prestigious 2017 Triathlon Awards and is renowned on the circuit for it’s fast course on closed road right in the heart of the city.

“I’ve been thinking about it and talking about it for years so I finally said ‘just do it!’. I think after having the baby, it was like ‘I better do that now’. It is hard with a small baby trying to train, but loads of women and loads of parents do it and that really encourages me,” said Heraghty.

“I see loads of women with loads of kids who do triathlon and older women and it really seems to be a sport you can get into later in life.

“For keeping fit after pregnancy, it’s great. I didn’t want to paint this picture of being so fit and that it’s easy to bounce back, because it’s not – it’s hard. I remember doing my first Park Run after James was born and I nearly died, it was awful hard.

“I do have social media accounts, but I don’t want to put out that everything’s perfect because it’s not. It’s not easy and it does take ages to get back to it, but having a goal like Dublin City Triathlon, which I set for myself, keeps me going and keeps me motivated,” she noted.

“There are days when it’s tough and you’ve been up all night and you’re feeling too tired to train, it’s great to have a goal. I don’t out too much pressure on myself and I’ll do it even if it takes me all day – I don’t care about the time.

“People are also intimidated by the thoughts of coming last, but sure who cares?” she added with a laugh.

Heraghty has been a member of a running club for year, completing multiple marathons, and she admits that her cycling and swimming need a bit of work before race day.

The thoughts of getting in the water are a little intimidating, though says that DCT’s course on calm the River Liffey allays most of her fears.

“I played everything in school, but was never quite good enough. I played hockey, basketball, volleyball, football – Gaelic and soccer, but when I was younger if you weren’t good enough you were left out. I hope that has changed now,” she said.

“I gave up and didn’t get back into fitness until my early twenties when I started walk-running and then running. Triathlon is really good for someone who mightn’t be good at or interested in team sports because it’s all yourself and you’re competing against yourself each time – that’s why I love it.”