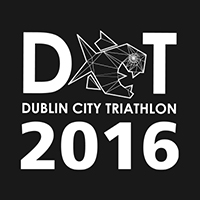 If you are looking to enter the best race in the country, then Dublin City Triathlon is the event for you.

Voted Race of the Year three out of the past four seasons by Triathlon Ireland, DCT regularly attracts a full field of 1,000 competitors looking to test themselves.

After a short break in 2015, DCT was back top of the pile as Race of the Year ins 2016, with outgoing Race Director John Wallnutt picking up the prize at the TI Awards shortly before Christmas.

DCT 2017 takes place on Sunday, August 27 and entry for this year’s race opens on Friday, February 24 – it’s certain to sell out fast again this year so make sure to put your name down early to avoid disappointment.

The reason DCT has won so many awards is because of the amount of planning that goes into pulling off a great race and the perfect course for both beginners and experts.

Plans were put in place for this year’s event almost as soon as the finishing banners were taken down last August.

The swim takes place in the River Liffey with the run and cycle in the nearby Phoenix Park on closed roads – not something that happens very often in the middle of Dublin.

This is a landmark year for DCT too, and there are plenty of special treats planned to celebrate our 20th anniversary.

Winning Race of the Year is no mean feat, as DCT has had to fight off stiff opposition from dozens of other brilliant races around the country. The winner is voted for by triathletes who have taken parts in these events.