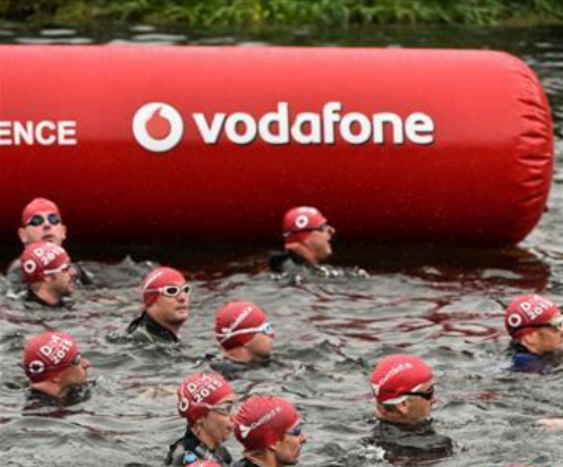 John Wallnutt, a long-time triathlete, Piranha member and successful DCT race director takes a look back at the storied histories of one of the longest-standing and most popular races on the calendar.

The beginnings of Dublin City Triathlon (DCT) can be traced back as far as 1985 when 3 Rock Tri held a race which attracted about 50 athletes. The swim was located at the south wall where the Half Moon Swim Club swam. The cycle was around the Ringsend area and the run went through Poolbeg. The sport was in its early days and these events were as much a social gathering.

Some of the people involved then are still involved in Triathlon today. The Tilly family – Dave, Eamon, Karen and Joanna – Adam Bolger and Derek Murphy, who is now well into his seventies and still racing. In 1988 a Scotsman whose name has been lost in time won the race with Dave Tilly second and Dave O’Connor third. The year 1988 was Dublin’s Millennium and the race organisers managed to shut down O’Connell Street among other city centre roads.  The swim took place in the lower Liffey exiting at O’Connell Bridge with the bike and Run on closed streets around the city centre with the finish line near the GPO, which is still one of the highlights in DCT history.

It seems the race disappeared until 1998 when Eddie Lane of Belpark put together a Nation’s Cup race which had entries from Ireland, England, Scotland and Wales.  On the Irish A Team were John Madden, Gary Scully, Michael McCarron and Bobby Behan. The race was won by Marc Jenkins with Scott Forbes in second and Andy Tarry in third. Marc Jenkins went on to represent GB in the 2004 Athens Olympics. He was the last man to finish because of a collision during the cycle leg that left his bicycle unusable. Rather than quit he ran the remaining 2km with his bike on his shoulders to place 45th of the 50 who started. Also in that Nations Cup race back in ’98 was a young Gavin Noble who finished 30th overall. Gavin would then have been a 17-year-old junior who would go on to win DCT in 2005, 2009 and 2010, and represented Ireland at the 2012 London Olympics.

The remarkable Kearney and Wolfe families

In 1999 the female race was won by Liz Hussey of Limerick Tri but behind her in second and third were the remarkable mother and daughter combination of Ann Kearney and Caroline Kearney of the Harp Tri Club.  Caroline would go on to win DCT a record four times and you can be sure she would have added to that if it were not for her untimely death due to a cycling accident in June 2006. Her name is now commemorated in a popular race in the Midlands every year.

Up to 2001 the race had no more than 100 entries but over the next years the race grew as did the sport in numbers.  At the top end in the men’s Gary Scully of Limerick Tri won in 1999 and Eoin O’Connell of Cork Tri in 2000. Then started the dominance of Brian Campbell of Hi-Elbow who won the race 4 years in-a-row and was pushed all the way by Trevor Woods who had to settle for runner-up in 2001, 2002 and 2003.  Brian’s run of victories was interrupted by Gavin Noble in 2005 but he was back to win again in 2006 and 2007 with a record total of six DCT titles.

The women’s competition comparison has had many different winners with the fastest female time in this period being 1hr 57min 47 sec by Steph Forrester.  The Wolfe sisters of Cork Tri looked after the title for three consecutive years with Amy winning in 2009 and 2011 and Joyce in 2010. Apart from Caroline Kearney, the other DCT champions were Leigh Tynan of Canada in 2002, Julie Murphy in 2004, Nicki Barron (UK) 2006, Clare Connor 2007 and future Olympic rower Sinead Jennings in 2008.

In 2003 Piranha Triathlon Club (PTC) took over the organisation and running of what is now known as DCT (Dublin City Triathlon). Back then Piranha was a newly formed club but their mission was to develop the race into one of the best and biggest club races in the country. One of the founding members of PTC Ray O’ Neill was the Race Director in 2004 & 2005. Ray and his family can still be found on the water station on the run every year. By 2006 there was over 500 entries and under the stewardship of Tom Kelly DCT was becoming a not-to-be-missed race during the ever-expanding season. In 2007 DCT had its first-ever female Race director Lorraine Crean and she was followed by Greg Campbell in 2008 and 2009.

In 2010, with Race Director Matt Coughlan in charge, DCT was the National Olympic Championships and had one of the highest quality fields ever. The overall men’s winner was Gavin Noble with runner-up Brian Mc Crystal and third paced Bjorn Luddick. All three men were 25-29 age group.  In the women’s race the winner was Joyce Wolfe followed closely by Elena Maslova and Aoife O’Connor.

With the development and growth of the sport the numbers racing continued to grow and so did the national series (organised by Triathlon Ireland).  DCT was also growing and proud to be selected as a national series race.  As the race date usually falls on the last weekend in August it can be a big deciding factor in the National Series points Championship.

In 2011 John Wallnutt took over as Race Director and act as Race director on five other occasions. In 2012 Vodafone take over as main sponsor and that year also saw the athlete gift, raising the bar with the red gillet along with the start of the mega goodie bag. It also saw the introduction of the DCT logo that is so well known now and the famous free Ice cream.

In 2010 Triathlon Ireland introduced a Race of the Year award which had been won by Hell of the west in 2010 and Lost Sheep in 2011. In 2012 DCT won race of the year and the bar was set. In 2013 entries pushed up to 1,000-mark. With a few tweaks in 2014 it was another roaring success with the sun splitting the stones and it was also the year of the young guns winning with Aaron O’Brien and Carolyn Hayes taking the titles.

DCT also did the hat-trick winning the Race of the Year title for the third year running. 2015 saw Gavin Duffy take over as Race Director and it also saw introduction of the very first draft legal race at DCT. Russell White and Carolyn Hayes took the titles in the draft legal race with Russell dipping under two hours.

The 2016 race saw the very first Piranha winner of DCT as Tom McEnery took the Olympic distance win with Michelle Brennan winning the ladies. Taking nothing away from these results we also saw the biggest fields of the season line up in the Cat 1 draft legal sprint race where Chris Mintern and Suzanne Murphy took the honours. DCT went on the take its fourth Race of the Year award in five years.

When you look at the results over the years it’s fair to say that anyone who is anyone in the sport of triathlon has raced DCT and more than likely won it, which speaks volumes about the race itself.  Of the seven years the Race of the year awards given out by TI, DCT has won it four times.

DCT continues to go from strength-to-strength with its now established swim in the Liffey and closed roads cycle course in the Phoenix Park and superb run course. Piranha Triathlon Club and its DCT committee continue to improve and evolve this race as the sport continues to grow and change. It also has to be said, without the incredible support, commitment, willingness and enthusiasm of the Piranha membership this race would not be what it is today!